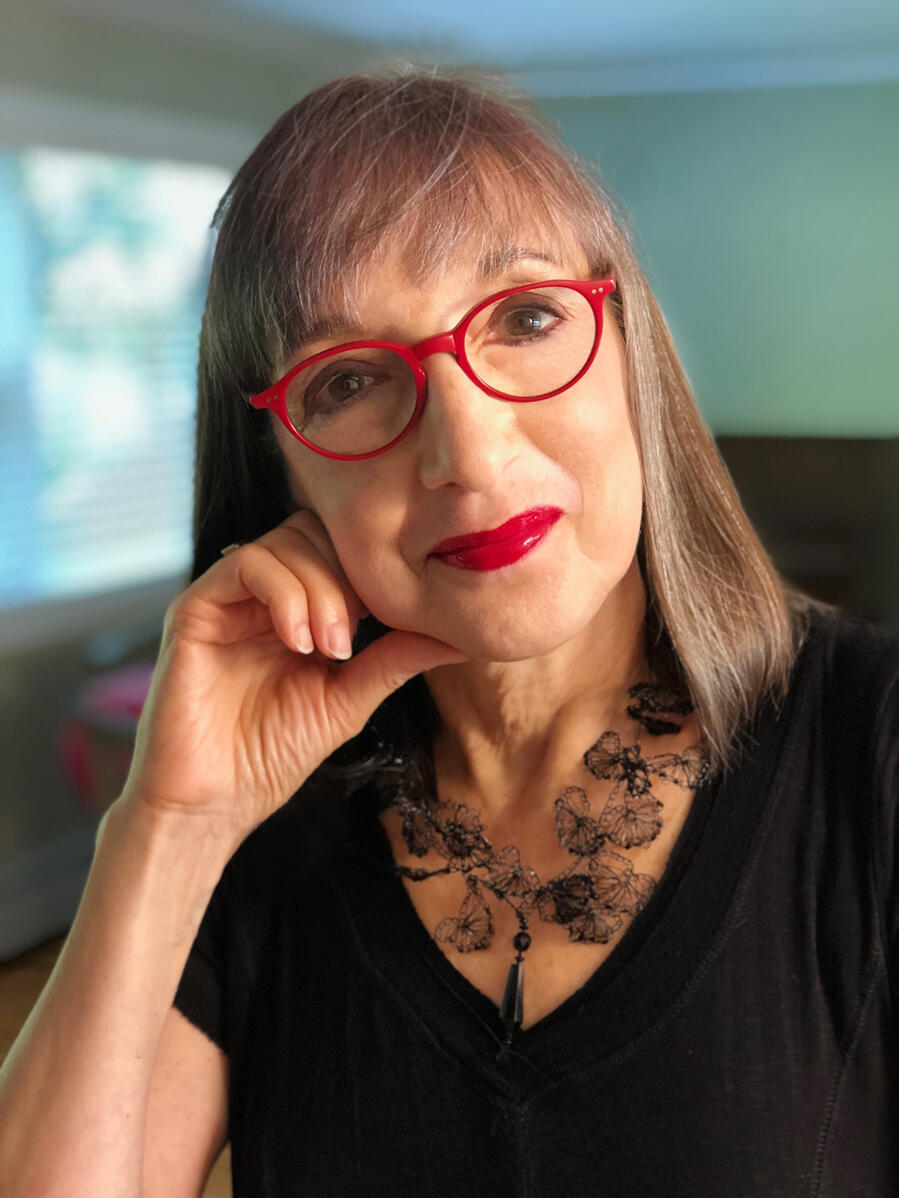 Munya is an award-winning artist and former gallery owner. Her work is in museums, galleries and private collections throughout the world. A committed educator of her craft, Munya lectures and teaches across the country.

Munya Avigail Upin is a nationally reknowned artist with over twenty-five years experience in the field of metalsmithing. Her award-winning work has been exhibited in museums and gallerys throughout the world and has been published in numerous periodicals, newspapers and books. In addition to teaching at colleges, craft centers and musuem schools, Upin has created one-of-a-kind pieces for synagogues and private collectors.

A native of Faribault, Minnesota, Munya Avigail Upin, has been exhibiting her silver work nationally and internationally for over forty-five years. She first began experiementing with metal while in high school and later studied art metals at Drake University in Des Moines. Upin later entered graduate school at San Diego State University where she studied with Arline Fisch. She recieved a M.A. in Art Metals from San Diego State in 1979. Upin later earned am M.F.A. from the California State University at Fullerton.

She taught at the University of Wisconsin at Madison, Southwest Texas State University in San Marcos, Texas and at workshops and art schools throughout the United States. Though Upin's early work was primarily sculptural, her main focus for the past several years has been on the design and creation of Judaica.

Upin was raised in a rural community about fifty miles from the nearest synagogue. One of only three Jewish families in the town, Judaism was nonetheless a large part of her life and continues to influence her work. All of the ritual objects that she creates incorporate woven silver, a technique which has become her signature. These unique pieces have been commissioned by Temple Beth-El, Providence, Temple Emanu El, Houston, and the Jewish Museum, New York.